True
Our take on #InsurTech with BridgIoT
9 March, 2020 by

BridgIoT is an IoT system integrator and solutions developer for the consumer and commercial markets in South Africa. This case study is focused on the business case for SimpleLeak, a device for detecting water leaks. BridgIoT is using SimpleLeak to reduce the consequential losses of flooding and water-related damage for both homeowners and short-term insurers.

As background, in South Africa, it is commonplace to install electric water heaters with a storage capacity of around 150 liters in the roof spaces of houses. These water heaters are manufactured using galvanized steel and require a sacrificial anode, and replacement thereof, to attain a long lifetime.

However, as is common in the consumer space, homeowners are frequently unaware of the maintenance requirements of the products they purchase and such is the case with these water heaters also. The anodes require replacement every 18-months and if not replaced, the cylinder can rust, weaken and start to leak. Eventually failing catastrophically, resulting in widespread damage and potentially huge losses for the homeowner and their short-term home insurance company. The degradation of the cylinder, however, occurs over the long-term and will leak — safely into the drip tray — for weeks or months before causing damage. Early detection can prevent losses and damage resulting from cylinder failure.

With the help of SimpleHW, BridgIoT integrated its SimpleLeak device to send SMS and email notifications to the users connected with the devices when any status change occurs (i.e wrong orientation, leak detected, etc). This prevents the accidental knock over of the device which would render it redundant. Device features such as this orientation change can also be used for other applications.

In one particular case, the homeowner whom we shall call Bob had left their device in the roof space of their home, below their hot water heater. When Bob was away on vacation, during December 2019, one of his hot water heater pipes started leaking. BridgIoT’s system promptly sent an SMS and email notification once the leak was detected by the SimpleLeak device. Bob was then able to immediately return home or make suitable arrangements to see what was wrong and mitigate the situation.

Fortunately, in this case, Bob also had some of BridgIoT’s other technologies installed at his home. A Geasy, a smart hot water heater (called a geyser in South Africa) controller capable of measuring water and electricity usage as well as controlling the power supply to the water heater through the cloud.

Bob was losing water through this leak at a rate of 30L/min (or ~2kL/h) and — due to the constant loss — the geyser element would’ve continued to heat at 3 kWh per hour (incurring electricity costs to the value of ~R6/hour).

In this situation, Bob could use BridgIoT’s Geasy controller to close a valve – limiting the water losses and resultant damage. Furthermore, he could also be using the Geasy, turn off the heating element of the water heater, saving on unnecessary electricity usage and preventing damage to the heating element through overheating and oxidation.

If Bob had returned home only four weeks later, as planned, then he would have returned to a considerable inconvenience and the following potential and estimated losses:

Bob was fortunate enough to have both these technologies in place which reduced the water loss, damage and financial cost of the incident.

“BridgIoT maintains that the look and feel of the SimpleHW products are great, the SimpleLeak device lifetime, of 10 years, is another key parameter providing long term peace of mind and little maintenance needed. Therefore, BridgIoT believes that the SimpleLeak hardware is of a very high standard.” – says Arno Scholtz, CEO at BridgIoT 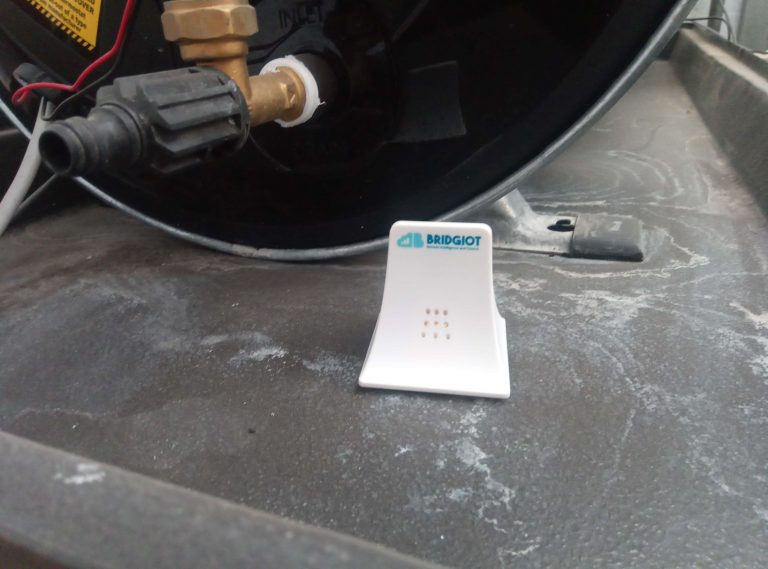 Check out the MerciYanis case study and our take on facility management use case with SimplePack: here.

To install this Web App in your iPhone/iPad press

and then Add to Home Screen.